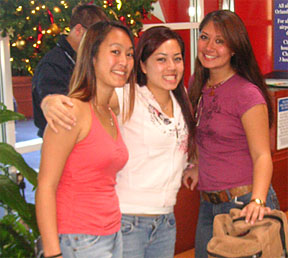 On December 1, 2005, a group of 98 distinguished members from 30 various Division I, II and III corps flew into Orlando, Florida to participate in the first DCI Honor Corps appearance in the Disney World Christmas Day Parade. The parade will be aired Sunday, December 25, 2005 from 2:30-4:30pm, pacific standard time, on ABC (in Sacramento, that’s channel 10).

The DCI Honor Corps consisted of 36 girls and 62 boys, who flew or drove in from 29 different states, as well as Japan. Along with color guard members Mickey Fong and Jackie Wong, I had the pleasure of representing the Sacramento Mandarins Drum and Bugle Corps on baritone.

The event was the experience of a lifetime, and what made it even more amazing was that it happened over the course of only a few days. Most of us flew in Thursday evening, December 1st and returned home on Sunday, December 4th. That was my original plan as well, but due to several ‘mishaps’, I missed my flight on Sunday and had to fly out on Monday. Luckily, I was able to stay over with one of the other participants from Boston Crusaders, right there in Orlando. 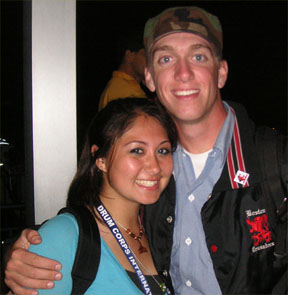 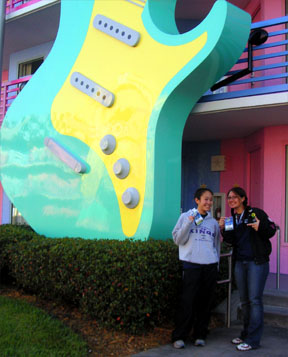 Although we did have to pay for our own air fare and about $350 for a package that included 3 nights’ lodging, transportation, meal vouchers, park entrance, etc., it was WELL worth every penny. We were each awarded souvenirs that included a “DCI HONOR CORPS” sash, which we wore during the parade, the 2005 season DCI audio CDs and DVDs, t-shirts, a DCI lanyard with a laminated name tag, and best of all, fun memories!

During the weekend we named this the “accelerated tour”, with Thursday being June, Friday being July, Saturday being Finals week and Sunday being Awards Banquet, and it’s been referred to that ever since. It was amazing how quickly we all got to know each other, and feel like we were a family.

After arriving at the airport, there was a shuttle to pick us up and take us to the hotel to check in. That evening, we all boarded three busses and were hurried off to a rehearsal site.

We started out by getting into sections and practicing J.D. Shaw’s arrangement of “Sleigh Ride”, the music we’d be playing for the parade, which was going to be filmed on Saturday. We rehearsed from 11pm to 1am and then went back to the hotel where we, instead of sleeping, hung out and got to know other members from the other corps. In the room next to ours was a room of four guys from Pacific Crest. They joined us along with our roommate, Erin Braxel, from Esperanza, in watching TV for a few hours and then we finally went to sleep.

The next morning we ate breakfast and then got back onto the busses for some more rehearsal. When we got to the practice site, we lined up and they gave us numbers for the drill. We spent the next hour and a half learning the drill, and soon we were able to put the music with it. After a few more hours of practice, we loaded the busses again and they took us to the Magic Kingdom. We had four hours to explore the park and then at 6pm we met at a back entrance to change into full uniform and set up an arc to warm up. The DCI staff helped put our “Honor Corps” sashes on and soon it was time to set up in the parade block. We marched the “pre-taping” parade throughout the Magic Kingdom and then after that we went back to the hotel rooms where we again chose to hang out with everybody instead of sleeping. By this time it felt as if we had known these other marchers the entire summer, and this was just a reunion. 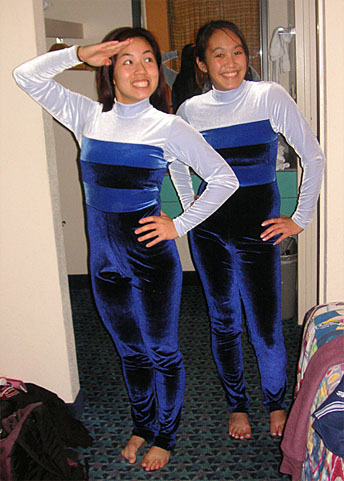 After getting only about 3 hours of sleep, on Saturday we woke up an hour earlier than planned to get some more rehearsal in for the taping later that day. It was a short rehearsal block, I think less than four hours, and soon we were on our way to the Magic Kingdom once again. We pulled around to the back entrance, got into our uniforms, warmed up, and then marched to the starting line of the parade. We stood there for what seemed like forever, watching the color guard do a million drop spins while parade hosts Regis Philbin and Kelly Rippa did their opening lines. Finally it was time to actually march the parade, but even then it was mainly stop and go. We arrived at the camera spot, played the music, marched the drill, and then we marched right back into the behind-the-scenes of Disney World. We changed out of uniform, ate lunch with the TV crew, hung out for an hour or so, got back into uniform, and then we marched the parade one more time.

After the parade, we took full corps and individual pictures (which we haven’t received yet), changed out of uniform, loaded the truck, loaded the busses, and then we were on our way to MGM Studios. We had a few hours to spend there before we had to meet up again at a back entrance. From there, they took us around a “secret passage” to a very nicely set up dessert table in front of a great view of Fantasmic (the most amazing Disney show I’ve ever seen). 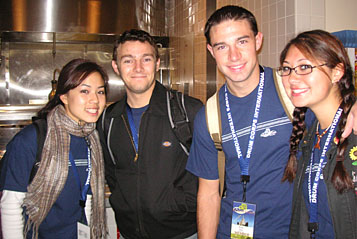 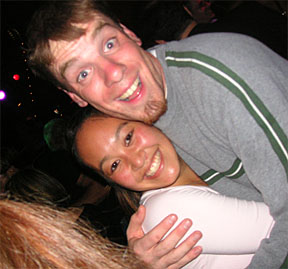 Waiting for us at the entrance of this soirée, there he was, standing tall, the DCI Santa! Dan Acheson, DCI Executive Director, decked out in a Santa hat, handed each of us a white DCI bag.

Inside we found the 2006 DCI calendar, and the full set of CD’s from 2005. They told us that we would be receiving the full DVD set as well, but they were on back-order. It was amazing. CD’s, DVD’s, chocolate covered strawberries, Fantasmic, and hanging out with some of the most incredible young men and women I’ve ever met, what could be better?

Well, it turns out Pleasure Island is, if not better, at least just as much fun. After we left MGM Studios, we went to the hotel rooms, changed, and then most of us caught a shuttle to Pleasure Island, which is the Disney World for the 18 and older crowd. We were surrounded by clubs and the group I was with soon found a 1980’s club called “8Trax”. We walked in and spent most of the night dancing to The Jackson Five, Madonna, Ace of Base, and even Devo. Pleasure Island closed at 2AM, and we caught the last shuttle back to the hotel.

Only 30 minutes after we got back, slowly, one by one, everybody, and I mean everybody, showed up in our room. Mickey, Jackie and I just started laughing because our room was so tiny and we had about 35 people in there. Around 5am, everybody decided to sleep, and then when we all woke up a few hours later, we packed up and checked out of the Disney All Star Music Resort.

We all had different flights to go back to our own states so we separated into smaller groups for the day. Stu (the drum major of both Boston Crusaders and the Honor Corps) and I went back to MGM Studios and then left to get dinner. Skipping over what would make this long story even longer, I ended up missing my flight that evening, but eventually, the next day (after traveling 13 hours) I arrived home at the Sacramento International airport late Monday night. 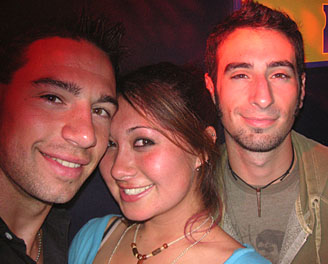 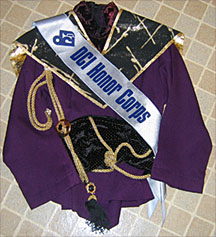 That weekend was almost four weeks ago and I still talk to my new friends daily. We are still in close contact with each other and we are all looking forward to meeting up throughout tour this summer. In fact, those of us on the West Coast are currently planning a reunion trip to Disneyland. How very appropriate, I know 🙂

Of all the things I gained from that weekend, it’s the friendships I’ve made that I cherish the most. Thank you, Mr. Mar, Jim Tashima, Mary Purvis, and the Mandarins organization for giving me the opportunity to be a part of the most wonderful weekend I could’ve imagined.

(Note: you might want to check out dci.org and do a search of honor corps to read more and see some of the corps members’ photos.)